NOTICE: We advise users to not update the Google Chrome Browser just yet if you use it for eLOQ Enterprise. Please do not go to Help>About as this will trigger the update.

Please follow the below steps that need to be taken in Chrome and Opera browser if you see the below error and you know eLOQ Uplink is running. 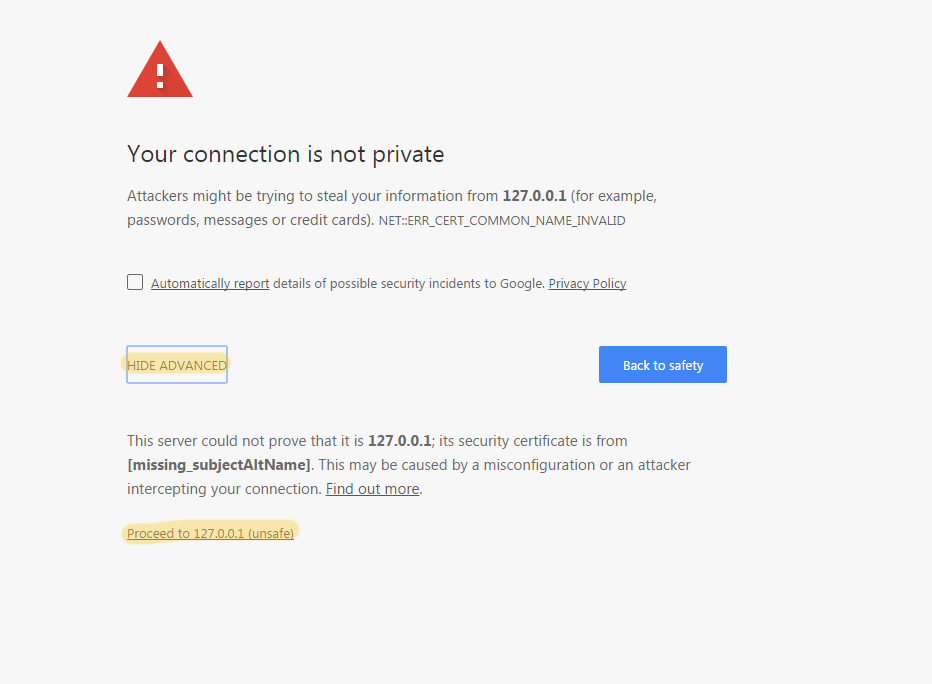 This will cause the eLOQ Uplink Icon to flash green and white alternatively, which means the browser can now communicate with eLOQ Uplink successfully:

Step3: Close eLOQ Uplink by right clicking on the icon and selecting “Exit” as shown in the image below. Then close the browser in which you navigated to 127.0.0.1 .

Step4: Re-launch the browser and eLOQ Uplink. Navigate to your unique login URL, the eLOQ Uplink error should not occur anymore and you will be able to use eLOQ Enterprise as usual.

Google Chrome developers have reacted to some security research that suggest there is exposed risk to users of the browser when connecting to local services.

Two articles about such attacks can be seen here:

However I would like to make clear this is NOT an issue with eLOQ Uplink but more to do with other devices e.g. old insecure routers that are on the localhost network.

Because the chrome developers cannot securely identify different use-cases over the localhost identifier they have for now blocked any networking to the local network i.e. 127.0.0.1, localhost etc.

A link to the bug tracker is here:

We have already identified a few possible solutions however we will hold out a little longer for some new news from the Chrome Dev team.

For the near future we advise not updating Chrome just yet.

However we understand this is not ideal so alternative browsers that can be used with eLOQ Uplink are below:

The planned eLOQ cloud services update and maintenance has been completed successfully.  The maintenance was completed  in 1.5 hrs which was less time than initially expected .

We would like to thank you for your patience and also inform you on how this update will improve your experience with our cloud services.

What have we changed?

We have made a few changes to the eLOQ cloud platform to increase its security and improve the user experience.  We have

What does all this mean?

In short the update has greatly reduced the loading time for  www.eloqenterprise.com . It has also increased the speed at which the pages load when you are using our cloud software.

This update also ensures that our customer data is stored safely and securely within the UK . The security of www.eloqsecurity.com has been increased as well . Below is a screenshot of the results from qualsys sslLabs (click the link to test www.eloqenterprise.com yourself).

The downtime could potentially last for 4-12 hours.

UPDATE: We expect the cloud service to be up and running within 30 mins however it could still take 4 – 12 hours. We will post here and on twitter when the maintenance has been completed and potentially follow it up with a post.

ANY CHANGES MADE TO THE PLATFORM MADE AFTER 23:00HRS WILL NOT BE SAVED!

Taking these precautionary measures will reduce any service disruption during the planned downtime.

Any updates regarding this downtime will be put into this post as well as being informed via our eLOQ Twitter.

What it is all about:

This move means all our customer data will be held in UK instead of the Dublin which would ensure that the data protection policies complied with UK regulations instead that of the EU.

The MoD(Ministry of Defence) and NHS(National Health Service) have adopted Microsoft Azure cloud infrastructure in the UK as a result. For more information, follow this link to the BBC article on the same. We would like to offer our customers only the best in safety and service and nothing less.

Reason for the downtime:

Moving our servers from Dublin to London is a complex manual affair with little to no room for any error what so ever. So we will have to carry out the server migration with utmost care and make sure everything is working as it should once the server migration is done, this takes time.

The server migration process requires us to

And the whole process takes anywhere between 4- 12 hours in total.